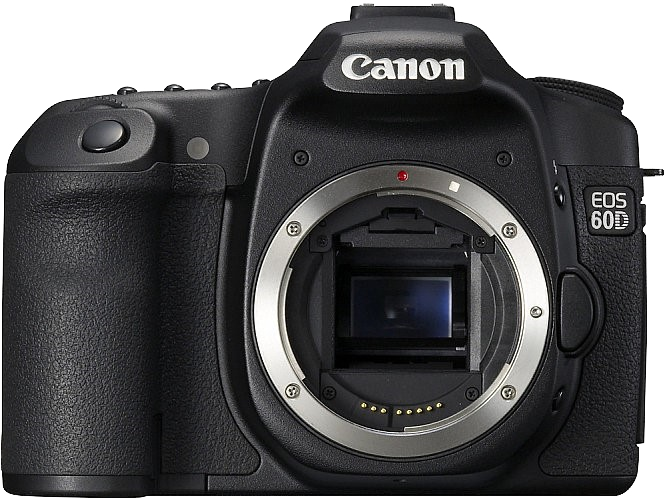 It seems Canon are about to release their 60D fairly soon. Just for fun I thought I would put together a prediction of what I think the feature list will look like.

Here’s a quick summary, then I’ll discuss each point in more detail:

To keep the 60D from getting too close to the 7D it must be no faster than 6 frames per second. At the same time they can’t make it any worse than the 50D, so it must 6 fps, no more, no less.

HD Video to the same specs as the 7D. That’s to say 1080p @ 30fps and 720p @ 60fps. Also, the new Live View/Video button should make its first appearance in the XXD series. They probably won’t include manual controls though, to save some goodies for the 7D.

The more I think about it the more I think Canon will include the full 19 sensor AF of the 7D. There is no logical way of removing sensors from the 19 point pattern (see it here) and Canon need all the sensors to keep new camera buyers from choosing Nikon. They might make the possible configurations more limited though.

I would be surprised though if they just stay with the current 50D autofocus, which has basically been around since the 20D. Canon really need to work hard (and seem to be doing so) to stay ahead of Nikon.

Sadly, we’re not likely to see the nice viewfinder from the 7D, which has 100% coverage. Instead we’ll probably just see the 50D’s 95% viewfinder.

I think Canon will re-use the improved 640×480 screen from the 7D, which is more compact than that on the 50D, and works better in daylight. I think they’ll move the buttons back to the left hand side too. (BTW, why don’t dpreview.com specify sensor resolution in the above way? They seem to be reasonably bright people.)

This is tricky … hmm. I don’t really think this is the kind of feature that will make professionals choose the 7D above the 60D. But Canon probably think so. And as far as I know, Nikon don’t have this feature. So Canon will probably feel safe in keeping this as a 7D exclusive feature.

Yes, this is a must. Now that Canon has developed the software for this (in the 7D), it would be stupid to not include it. The D90 has had this since August 2008 …

… won’t be significantly better than the 50D.

I don’t think we’ll see the nice LCD viewfinder overlay from the 7D. It will probably be one of the features used to differentiate the two models.

Posted at 22:36. Tags: camera. Categories: Canon. Both comments and trackbacks are closed.