Statcounter have just launched a tool for graphing their global web traffic statistics. 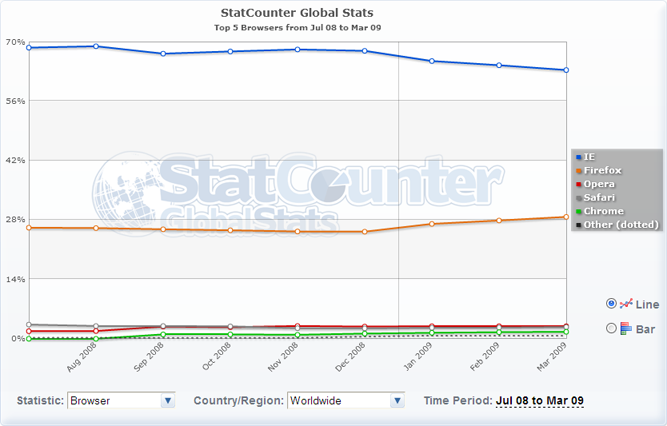 The interesting thing is that it puts Firefox at around 28 percent right now, while NetApplications measures Firefox to be roughly 21 percent.

I’m guessing that Statcounter to a greater extent is used by individuals on blogs and smaller websites than NetApplications measured sites. The personal sites get more visitors using their home computers where they to a higher degree use Firefox (than at work).

Statcounter says Internet Explorer has a mere 63 percent, which equals 2.25 IE users per Firefox user. Pretty cool how much has changed since 2004.