Safari and Chrome are JavaScript Speedfreaks

I decided to have a go at comparing JavaScript execution speed in some upcoming browsers. Actually, that’s just almost true. The version of Chrome that I tested was 1.0 which obviously is a final release. There is no newer alpha or beta release from them at the moment. (As far as I can see.)

The tested browsers are (all on Windows XP):

So, lets get straight to the results: 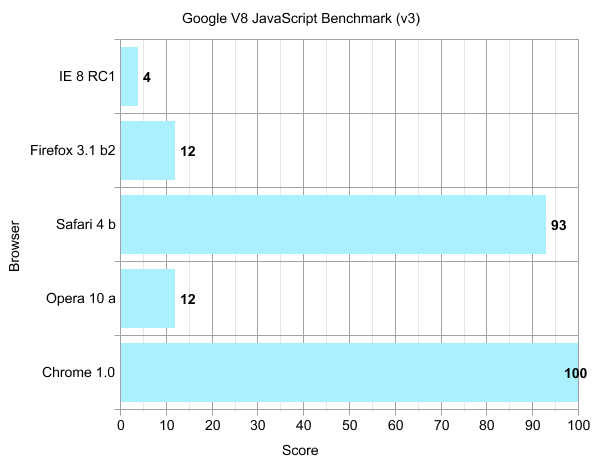 As you can see, I have normalized all the results for both tests so that the winner of each test gets exactly 100. This is to make a comparison possible between the two benchmarks.

I ran all benchmarks three times in each browser to get more reliable averages. 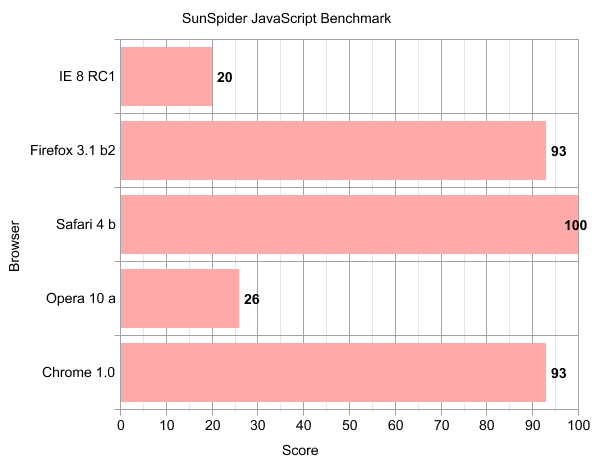 Safari and Chrome are as tied as can be. They both get a total score of 193. Opera and Internet Explorer are both a lot slower than the two winners, with 38 and 24 respectively.

The interesting thing is that Firefox does so well with SunSpider (93), and so poorly with V8 (12). What is the big difference between these benchmarks? Not that I’d understand it if someone explained it to me …