Firefox 3 Is Overtaking IE7 in Europe

Firefox 3 is quickly becoming the most popular browser in Europe. At the moment StatCounter shows it to be just a about half a percentage point below Internet Explorer 7. 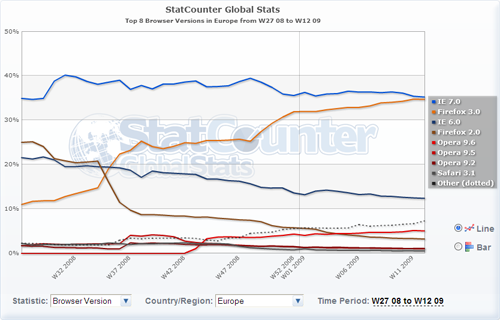 Above is a graph showing what has happened since July 2008. Within one or a couple of weeks now, Firefox 3 should have passed IE7. This can be compared to North America where IE7 still has roughly twice as many users as Firefox 3. (Let’s not talk about Asia, where IE6 still is king.)