Search Netscape for Firefox, get Netscape

The other day I was bored and searched for Firefox using the built-in keyword search in Netscape 7.01. (Somewhat outdated browser, I know… To make things better, this was on Mac OS 9.)

The search results were very interesting. You would have expected the top hit for a “mozilla firefox” search to be at least a page hosted somewhere on mozilla.org or mozilla.com, but no. Instead the first item (after the skilfully disguised sponsored links) was Download Netscape 7.2 Browser. 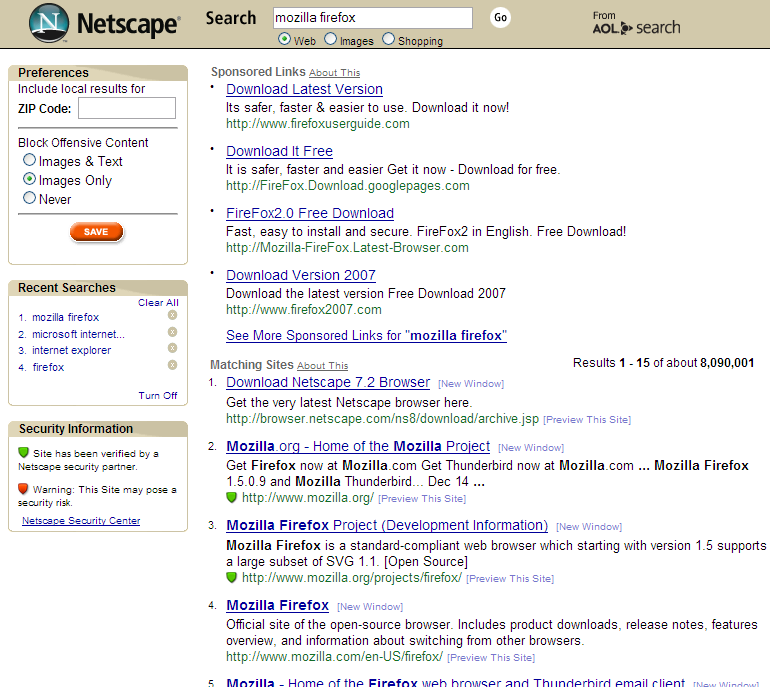 That’s just plain weird if you ask me. I could sort-of have understood if the first hit would have been Netscape 8, since that at least is based on Mozilla Firefox…

Searches for firefox browser and opera browser both result with the top search spot being filled with a specially designed ad for Netscape 8, while the previous number one has been pushed down to second: 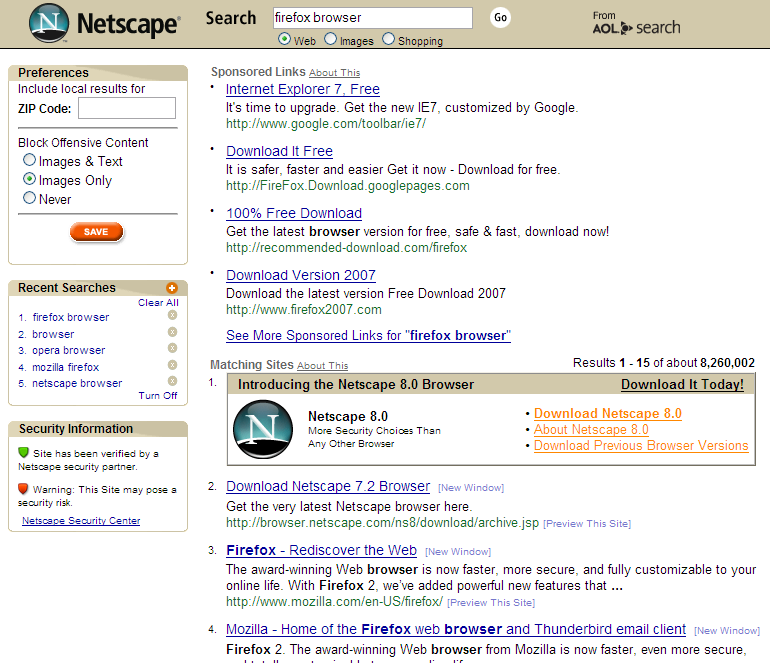 In fact, any search including browser will put Netscape’s ad at the top.

Imagine the fuss that would arise if Microsoft did something like this! The fact that this hasn’t caused a huge fuss just proves that Netscape means nothing these days.

Netscape, you’re fighting a losing battle. Even Microsoft is! 😀 Just move aside, and you might keep some dignity!