After having stuck with Acrobat Reader 5.0 (the golden version in my eyes) I decided to try to update to version 7. Version 7 is supposedly faster than version 6, which was a real nightmare. You know: you’re out surfing, click a link, and then boom! You’ve just suffered the PDF death. Your computer grinds to a near standstill while Acrobat starts to load. The time it takes you’d think it were a 3D CAD application or something.

Anyway. My first thing to rant about when it comes to version 7 is the download website. It’s really slow. I mean, really slow. You start wondering if you’ve lost your Internet connection. Then, when you finally get the file you want, it turns out to be one of those silly little things that in turn downloads the real installer data, 25 odd megabytes of it, in this case. That means that you can’t simply burn it to a CD for when you’re fixing up your friends’ and family’s computers. Also, that setup is pretty annoying when something goes wrong with the installation and you have to reinstall…

That happens to be what happened to me. Admittedly, I had used Acrobat Reader SpeedUp on my previous installation, but I believe the Acrobat installer should be able to handle a few disabled plugins. So, I had to download the whole thing again, making me loose more work time. The whole thing made me so annoyed I had to blog about it, making me waste even more time on this non-essential issue. 🙂

Seriously though, stub installers (I believe that’s what they’re called?) offer no benefit to the user. Quite the opposite in fact. Especially when you have to click your way through the ususal OS/OS version/Language menus to get the thing. (It’d be a slightly different matter if there were only one stub installer, served to you immediately, which then handled those options.)

No, stub installers only exist because (I presume) they make it easier for the company distributing the software. Well, the software companies should start thinking a little more about their users.

The vast number of light-weight PDF readers that are popping up all over the place are doing so for a reason. People want small, quick and simple software! Sadly, I haven’t yet found one (for Windows) that works 100%. Foxit, for instance, had a slight display issue: 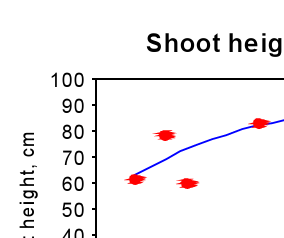 Those red blobs are supposed to be round, and Adobe Reader (as they apparently call it these days) displays them correctly, so there’s presumably nothing wrong with the PDF.

If anyone knows of a good, solid (& free!) light-weight PDF viewer (with Firefox support), please let me know!

Posted at 16:06. Categories: Mozilla Firefox. Both comments and trackbacks are closed.