We believe that IE8 has the first complete implementation of CSS 2.1 in the industry and it is fully compliant with the current CSS 2.1 test suite.

Now, correct me if I’m wrong, but don’t the following CSS 2.1 tests look very much like fails in IE8 (and Firefox btw): 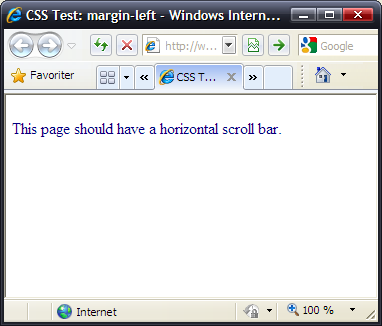 As I said, if I have misunderstood something, like for instance if the above tests aren’t considered part of the CSS 2.1 test suite, or if they for some reason should be ignored, do correct me. But if not, it seems like Microsoft are somewhat exaggerating IE8’s capabilities in the CSS 2.1 area.

Edit: Removed a few of the tests which turned out to be fails because I had ClearType activated.

Edit 2: Arron Eicholz of Microsoft has explained to me that the above fails are due to faulty tests. That would explain why Firefox also fails them.