Black and white and square

I have decided to try the square format, as well as black and white. This is a start.

Edit: I have since re-done this photo and chose the original crop.

Tags: HDR, Photomatix
Posted in photography | Comments Off on Tjuvstart

I was off work today, so I went out at dusk to grab some more HDR photos. I had a few ideas of what to try. They’ve put up the Christmas lights all over town, so I thought I would see how they looked tonemapped.

I went into town at about two pm, thinking I would be there just before they switch the lights on. (It starts going dark at around 2.30.) It turned out I was a bit early and stood freezing for almost an hour.

While I was waiting I took some shots when the sun went down. The sky was rather dull so I didn’t think they would be very interesting. But I’d say they turned out at least as nice as the shots I got with the Christmas lights later on.

When my toes were about to fall off and I couldn’t cope with waiting any longer, I went to the paper where I work to get my core temperature back up to normal.

Just as I was about to head off again, they switched the lights on. So I set up my tripod in the middle of the cycle path (why are the best places for tripods always in someone’s way?) and got a shot of Nybrogatan.

I also got a few of the main shopping street, Kungsgatan.

I finished off back at Köpmangatan where I started. I tried making them as saturated as the first ones, but that didn’t really look good. So I went with fairly muted colours instead. 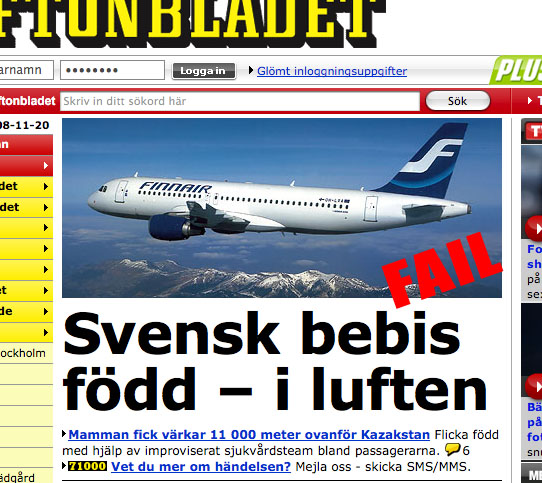 After going through my photos from Kvarnfallet again I realized this was probably my favourite.

Posted in photography, Uppsala | Comments Off on Kvarnfallet II

During November, 20 different places or buildings in Uppsala have been lit up in various ways. Here the passage under the railway bridge has been lit up with green from what are usually display windows.

Posted in photography, Uppsala | Comments Off on Green

Posted in photography, Uppsala | Comments Off on Kvarnfallet

Posted in photography, Uppsala | Comments Off on Blue

Posted in photography, Uppsala | Comments Off on Twin Towers

Posted in Uncategorized | Comments Off on Thank you America

Posted in photography, Uppsala | Comments Off on Höstlöv

Top Gear is Back

Here’s the first episode of season 12. I’m downloading as we speak and should have the episode in good time for this afternoon when I get back from work.

Posted in cars | Comments Off on Top Gear is Back