Volvo presented the C30 Concept back in January. A week or two ago, the real C30 was presented. Just as expected, the real thing doesn’t look nearly as cool as the concept. Here’s a design comparison of the Volvo C30 Concept and the Volvo C30, with and without the optional bodykit.

Lets start off with the rear: 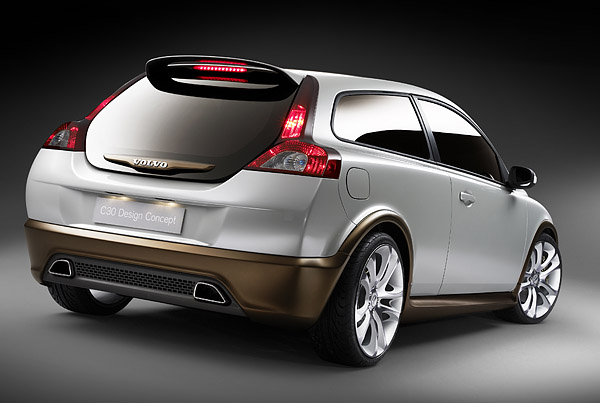 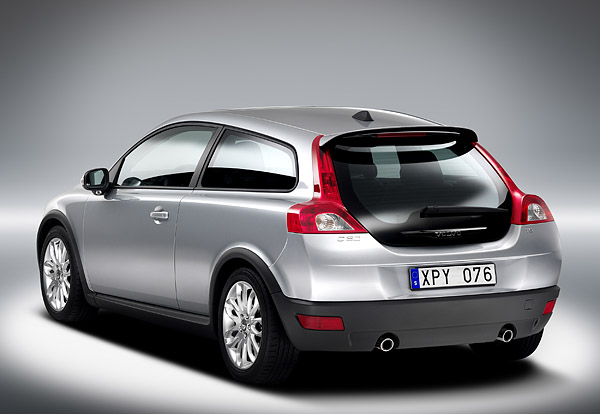 The C30 differs from the Concept on a few, but essential points. If nothing else, Volvo made one good decision: On the production car you get a rear wiperblade! The edgy exhaust pipes of the concept have been replaced by cheaper, round ones. Volvo have also stuck a pair of hideous red reflectors on the bumper, which completetly ruins the upmarket look that I presume they are aiming for. The beautiful mesh between the pipes has also gone. Thankfully, there is a bodykit to take back some of the C30’s lost splendor! 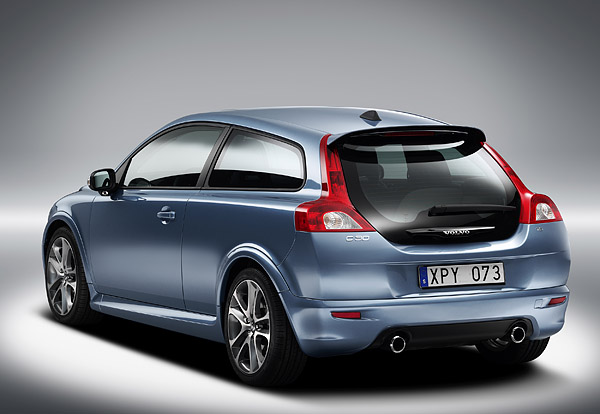 With the bodykit, the tacky black plastic is replaced with good-looking, painted plastic. The ugly red reflectors are replaced with sleeker, smarter ones. You also get slightly better looking CO2 outlets.

Then we have the front: 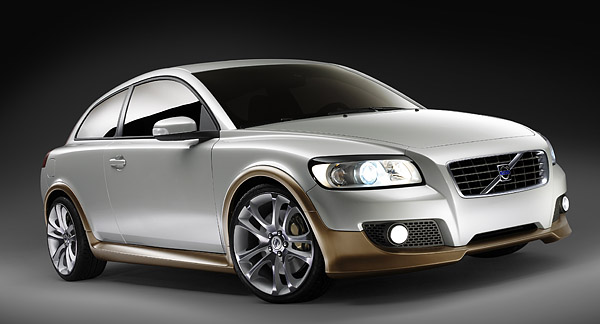 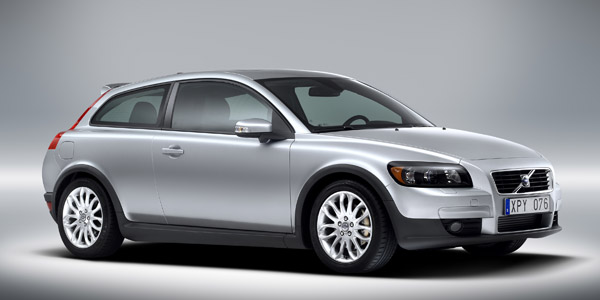 At the front, Volvo scrapped the chunky grille overhang and replaced the sporty meshes with … guess what? Cheap(er) plastic. The progressive-looking headlights with light internal surroundings were swapped back for the S40 ones, although the cruel black eyelids were kept. That’s about as brave as it gets.

Once again, you’ll need the bodykit to spice things up a bit. Apart from adding a nice bottom lip, it gives you some nice side skirts: 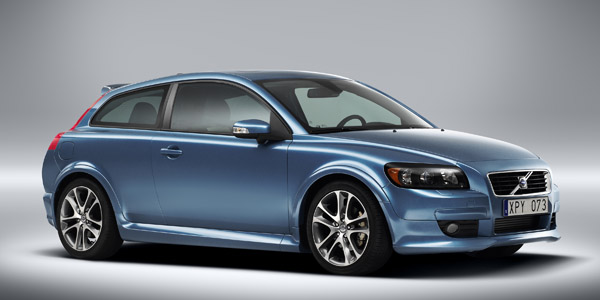 Bottom line: To do the C30 justice, you’ll need to tick the box for the bodykit! And as you can see, a set of 18-inch Atreus wheels won’t look out of place either… 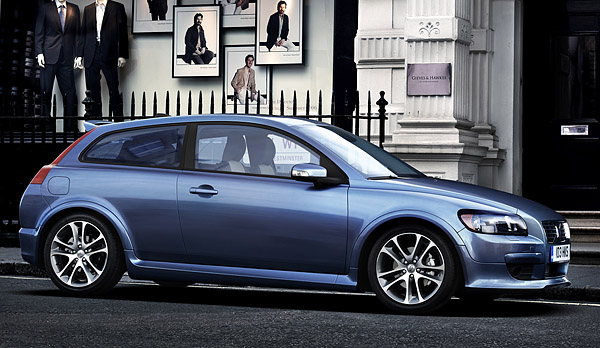 I just have to add that the patterned center console is absolutely gorgeous:

Posted at 10:46. Categories: cars, Volvo. Both comments and trackbacks are closed.